The State Academic Choir of Armenia 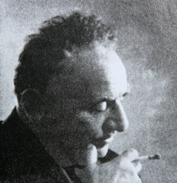 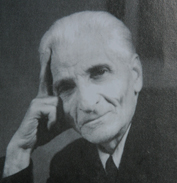 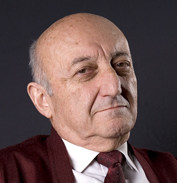 Artistic director and chief conductor since 1961
The State Choir of Armenia was formed in 1937.
Professor Ohannes Tchekidjian has been an artistic director and chief conductor of the Choir since September 1961.
The Choir under the direction of Prof. Tchekidjian has reached the highest level of performance and has been awarded numerous titles and prizes.
The concert repertoire of the Choir is very rich.
The Choir is most famous in the world for its performances of all major works by Komitas and other Armenian classical composers.
The Academic State Choir of Armenia always performs its programs in the original languages (more than 27 in total) and its programs include all major Requiems, Oratorios, Cantatas and Masses as well as other large and small works by such composers as Bach, Haendel, Mozart, Verdi, Beethoven, Tchaikovsky, Borodin, Rossini, Wagner, Schubert, Bellini, Berlioz, Gounod, Fauré, Smetana, Mendelssohn, Gershwin and many many others.
In 1969 for its high professionalism and achievements the Choir has been awarded the title of Academic Choir.
Among its highest achievements are – the first prize at the Choral Contest of the USSR and the “Grand Prix” of the Paris Academy for the choral recordings.
Different newspapers of the world Figaro, New York Times, The Boston Globe, Le Monde, Independent, Paris Mach, Meridional, Los Angeles Times, Macedonia, Le Soir, La revue du Liban, Le provençal and others have repeatedly praised the achievements and the professionalism of the Choir and its Artistic Director Professor Ohannes Tchekidjian.
Under the baton of maestro Tchekidjian, the Choir had performed 97 times in St. Petersburg mostly at the Shostakovich Hall and more than 77 of them were performed in participation with famous Mravinskiy Symphony Orchestra.
The Choir had an honor to perform at such worldwide famous halls as the Palais des Congrès, the La Sale Pleyel, the Théâtre des Champs­Elysées of Paris, as well as the Queen Elizabeth Hall and the Westminster Methodist Center Hall of London, the Salle Smetana of Prague, New York’s Avery Fisher Hall, the Boston Symphony Hall, Detroit’s Orchestra Hall, Los Angeles’s Scottish Rite Auditorium, Moscow Conservatorium Hall and many others.
Among the recent achievements of the Choir is the “Prix du Public” of the International Festival in Montreux in 1999.
The Choir concerts attended by such famous artists as Irina Arkhipova, Elena Obraztsova, Yevgeny Nesterenko, Vladimir Atlantov, Maria Biesu, Paata Burchuladze, Nikolai Petrov, Lyubov Kazarnovskaya and many others.